Much like safari hunting, big game fishing applies to large species of fish in the sea with common ones including swordfish, marlin, tuna, and even shark. It is a multimillion-dollar industry that wouldn’t have been discovered if not for the people who first used a motorboat here in the U.S. Sport anglers also refer to it as deep-sea sport fishing, saltwater sport fishing, or simply sport fishing.

Big game fishing takes a lot of patience. You have to wait a long time before finding a good catch. And when you do, the 20 minutes or so, battle with a huge fish creates such a big adrenaline rush the makes all the wait worth it.

Knowing this, you need to prepare for the big fight. Wrestling with the big bad boys will require more technology. You should have the right equipment. The Penn Battle 3 Spinning Reel is the perfect choice for big game fishing. In fact, according to Game and Fish magazine, Penn’s reel earned the Best Saltwater Reel award from ICAST 2020, an annual sportfishing trade show organized by the American Sportfishing Association.

Indeed, in a sense, anglers are thrill-seekers, adrenaline junkies. It’s this same old adrenaline rush that encourages and attracts anglers to go overseas and search for other big game fishing destinations. Would you like to know where these places are? You’re in luck! This article aims to get you to the top three of these spots.

Not far off from U.S. shores is Prince Edward Island (PEI), a maritime province in the Gulf of St. Lawrence, east of Canada. It’s a small province known for its lighthouses, red sand beaches, and seafood.

Although it’s the smallest province in Canada, it’s a popular spot for big game anglers because of one good reason — bluefin tuna that can weigh up to 400 kg. A fish that large will certainly put up a good fight!

The best time to go tuna fishing in PEI is from August to October. You can hire a tuna charter and let them handle all the necessary fishing licensing for you. You just have to bring your gear and equipment for the trip.

As a caution, though, all tuna charters on the island are members of the PEI Chartering Association. The association requires caught tuna to be released back to the wild. This is great if you’re concerned with the environment. As you should know, bluefin tuna is a delicious fish, making it a sought-after delicacy. Unfortunately because of this, their numbers are dwindling.

The diminishing global stocks of bluefin tuna has prompted scientists to learn more about their behavior and environment. This is to create measures on how to best prevent their decline. If you want to enjoy the experience of catching a giant while caring for the environment, PEI is where you’d want to go big game fishing.

Cape Verde, or Cabo Verde, is an archipelago in the central Atlantic Ocean, off the coasts of Senegal and Mauritania in West Africa. Of all its islands, the best spots to go big game fishing is in Sao Tiago and Sal. While the sun shines all year round in the country, the best time to go fishing is from March to November, with peak season lasting until July.

With nine full months of deep-sea sport fishing, you can catch all sorts of big game from the islands’ waters. However, during peak season, blue marlin that can weigh up to 500 kg dominates its seas. Because of this, the country’s waters are a blue marlin paradise.

When the season ends, anglers can still get to enjoy huge fish such as trevally, spearfish, wahoo, bigeye tuna, yellowfin tuna, mahi-mahi, sailfish, and white marlin. 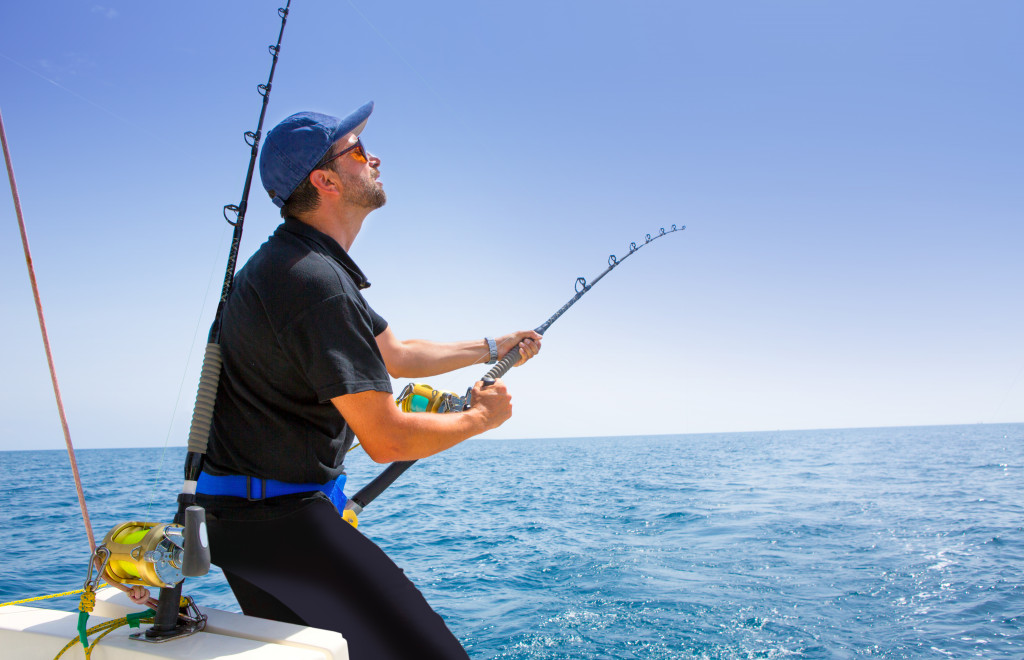 Panama is two of the large countries that connect Central and South America. Because of its location in the Pacific Ocean and Carribean Sea, it’s considered one of the best fishing spots by anglers, according to Sport Fishing magazine. Because of this as well, Panama’s waters are rife with big game, but you have to know when they’re available.

To catch big game in Panama, head on to its islands. Some of the best spots in the country include the Calf Island (Isla Parida), Dry Island (Isla Secas), Thieves Island (Isla Landrones), Hilly Island (Isla Montousa), and the famous Hannibal Bank.

There’s So Much More!

There are many other big game fishing destinations that you can explore — from Australia all the way to Mexico. So what are you waiting for? Head on out now and get that adrenaline rush your body is screaming for!