Do you know what’s the recipe for disaster these days, so close to the holiday season? It’s this — the stress of work combined with the unavailability to buy stuff to give to your family. For some people, it can be too much. They might end up over-eating and weigh themselves on the scales to see another depressing sight — that of their weight going up.

It’s not so much of a problem if you’ve got the time to exercise, but most people don’t even have that kind of luxury. You can only do so much to prevent this from happening. Some enlist the help of binge-eating disorder treatment institutions (if their stress-eating has evolved even further), while others prefer to deal with it on their own (stress eating at the earlier stages).

Whether you belong in the former group or the latter, chances are, you’ll want to read on to know how to deal with binge eating for the holidays:

It’s easy to go out of control and forget your diet plan when you’re all hungry and that bagel looks like a five-course meal. Plan your meals ahead; don’t forget to include healthy meals in it, but don’t forget the good stuff — just remember to include them in controlled portions. In this case, a little goes a long way, and you won’t feel like you’re depriving yourself if you include some favorite food in your planned meals.

This is extremely important if you want to go all-out during the holiday festivities. If you eat snack-sized portions of meals during the build-up to Christmas and the New Year festivities, then you’ll need to discipline yourself on the regular days. Choose to use small; if you can’t find small-sized plates and cups at a party, just remember to cut back on the food. However, having a small dish and cup to eat from will help in controlling the portions that you get from the food table.

3. Make a Professional Plan for the Holidays 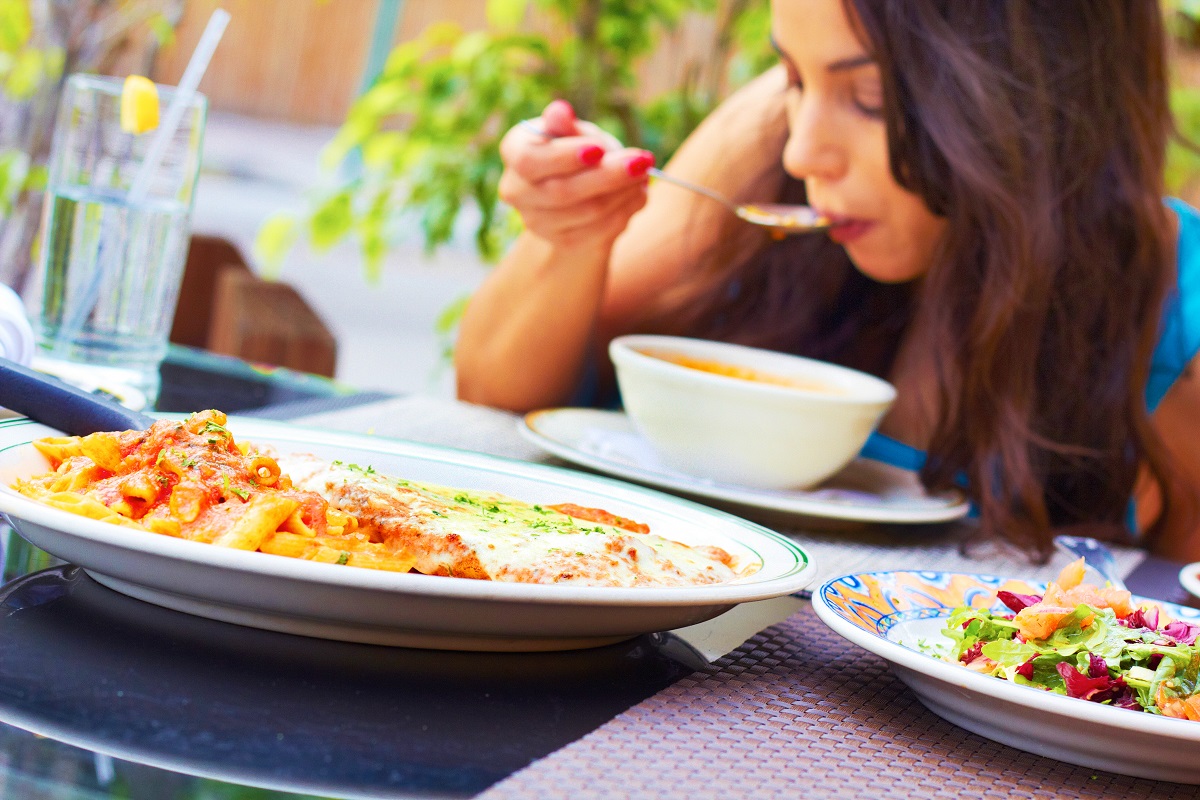 Think that your self-made plan is not enough? Seek professional help to control your food intake for the holidays. Talk about what food you think will be there (and which ones are your absolute favorites) then map out your ‘attack’. Write down what you plan to eat, how much of this you’re going to eat, then ask for advice on how to know when to stop. It’s not recommended, for sure, but skipping one event or two can help you control your food intake during the season.

4. Opt to Host the Festivities

If you can’t skip a party, then let the party come to you! Offer to host the party. As the host, you’ll be able to control which food you want to serve. While not everyone will stick to healthy food, offering it might be a thoughtful gesture – just remember to have enough of everything (healthy and ‘regular’ food) just so no one goes hungry. If you’re going to someone else’s party, offer to bring a healthy dish, but one that’ll be a popular choice for everyone that you know is going to be there.

5. Know What Gives You Stress

Keeping a journal of what food triggers you to binge eat might be too much, but you’ll know when to use it. Usually, it’s when you really feel like you have no control over your binge-eating anymore. Ask your doctor about this. You should also remember to jot down in that journal all the food groups that you think makes you lose control. Is chocolate a weakness? Write it down. Did that chicken make you get one serving too many? Record that.

Some people might say that there’s no such thing as binge-eating during the holiday season, but that’s also why so many people include losing weight in their after-holiday resolutions. That’s why you should remember to celebrate, but celebrate properly. If you’ve created a plan, stick to it to avoid promising to cut back and lose all that weight by New Year – it’s definitely not a healthy thing to do.